UnSpun: Finding Facts in a World of Disinformation, 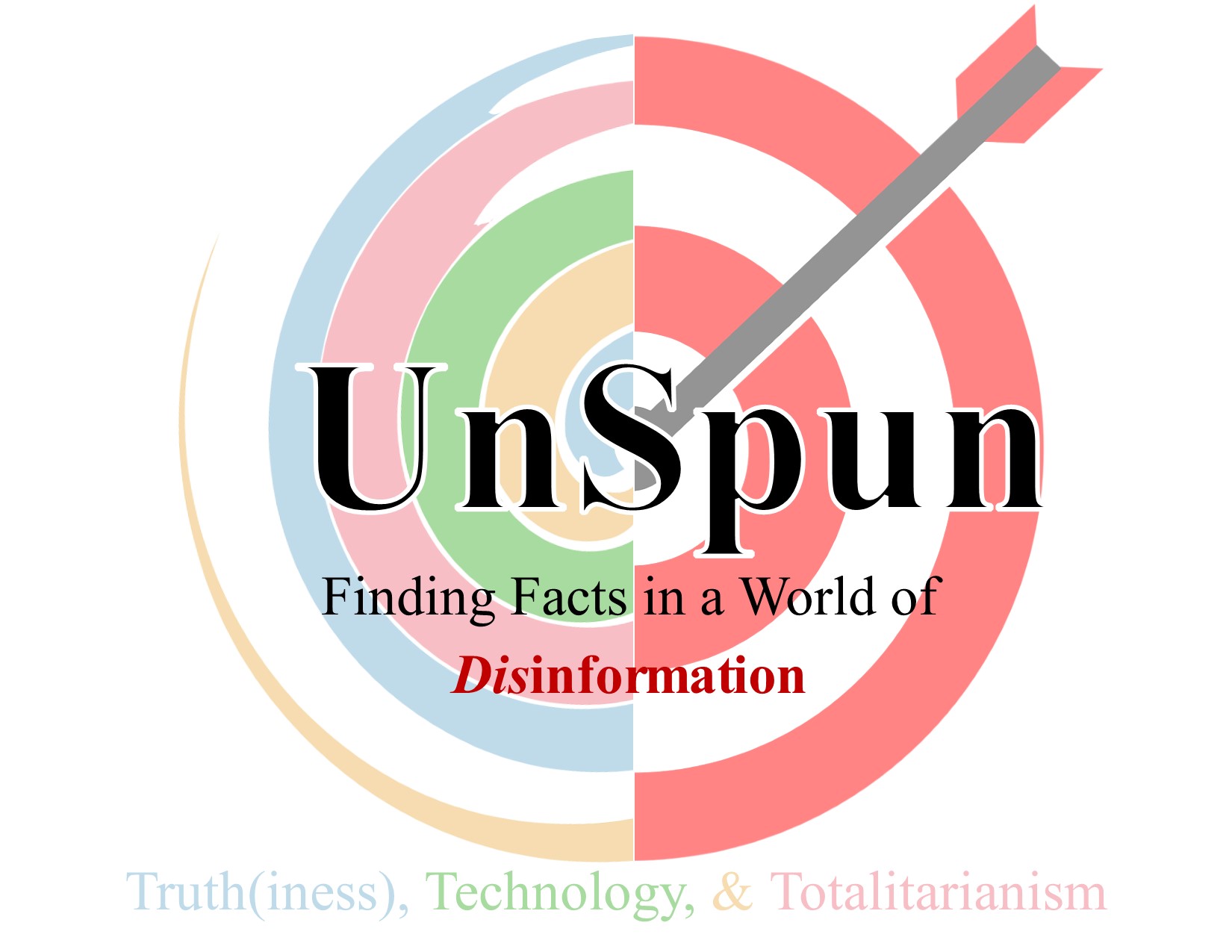 "Fake News", "Alternative Facts", and political "Spin", are not new concepts.    Using examples from News-Media,  Advertising, and Political Campaigns, and original cartoons by a Pulitzer Prize winning cartoonist, UnSpun is a fast-paced guide to all of the ways disinformation is used to manipulate us.  Not only that, it offers insight from psychology and sociology as to why we fall prey to disinformation, AND gives the reader tools to combat it.

The authors are the Founders of FactCheck.org, a project of the Annenberg Public Policy Center of the University of Pennsylvania.

Written in 2007, many of the political examples are from the 2004 U.S. Presidential Election, and the Iraq War.

Despite being published ten years ago, the lessons and methods are just as useful for combatting "Fake News" and understanding Media Bias today.

Many examples in 'UnSpun' come from the 2004 presidential election where George W. Bush defeated John Kerry.

[This section is for links, content, about STUFF HAPPENING CURRENTLY  that ties in to things in the book]

Advertising is still trying to manipulate us...

Bias exists in media we consume...

Bias isn't necessarily wrong, unless you're unaware of it or it's hidden from you

...and in the Technology that Connects Us to Information.

[for fun stuff about the book -- pop culture references, parodies, other cool things]

Things to Think About While You Read

Theme-based Guided Questions for all Books

Consider these questions as you are reading your book. Having answers to them, with quotations from the book (cite page number) as supporting evidence will be very helpful when it is time to discuss and assess your reading.

1. When was your book written? When does it take place? How does that compare to 2017?

2. Who holds power or authority in your book?

3. How does technology affect the daily lives of the people in your book?

4. What kinds of information or media does this book discuss? -- News? Advertising? Entertainment? Education? Propaganda? etc?

Search for any of the key ideas of our theme