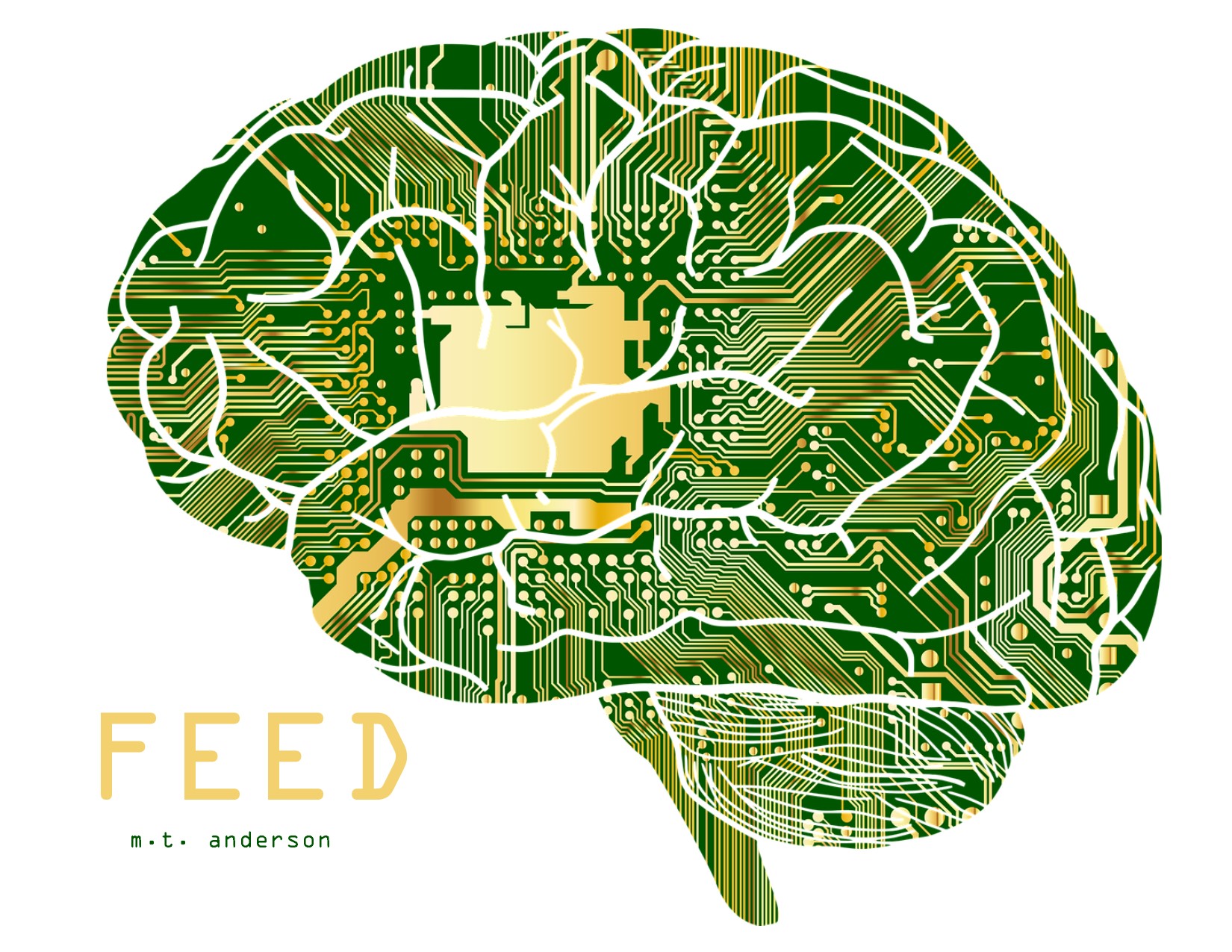 In this dark satire, set in the not-too-distant future, most citizens have direct access to the equivalent of the Internet (the "Feed") directly implanted into their brains at birth. After the lead characters Feed is hacked he meets a young woman who isn't as invested in the Feed as the rest of her peers.

This is a work of Satire, and uses humor and exaggeration to ridicule or critique  aspects of government and society.

It is set roughly 100 years in the future. Travel between Earth and the Moon is possible.

Characters use a lot of slang invented by the author.

This book was written before Facebook, Twitter, the iPhone, or even pervasive mobile phone use (less than 45% of teens had cell phones in 2002).

It is a good Read-Alike for Brave New World

It was a National Book Award finalist in 2002.

Important Note:  This book contains both strong language (i.e.  the teen characters swear kind of a lot) and a lot of invented slang.  This is an intentional part of the satirical commentary on how technology is affecting  language and human interaction. However, if persistent swearing is a barrier to your enjoyment of a book, you might choose something else.

From the Author - M.T. Anderson

Some Terms/Concepts for further research:

Everything we Do, Look At, or Buy online now is being tracked...

Technology affects how we interact with the world and eachother...

Advertising is everywhere, and we aren't always aware...

History of Slang. Satirical Buzzfeed video that that gives an example of how a slang term becomes part of everyday language.

Links to topics in  GALE Opposing Viewpoints in Context, including essays, periodicals, and more

Reminder:  Passwords for Library Databases are on Canvas > RamsCentral > Library