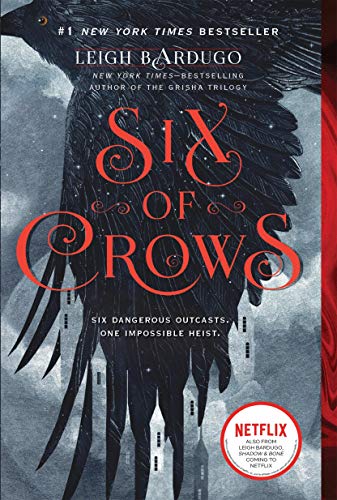 "Six dangerous outcasts must learn to work together after they are offered an impossible heist that can save the world from destruction.."

"In Ketterdam (in the same fantasy universe as Bardugo's Grisha trilogy), thief lord Kaz assembles a team to retrieve scientist Bo Yul-Bayur, who faces death for inventing a drug that illegally intensifies magical abilities; once the heist starts, nothing goes according to plan. Starting with a robust plot structure, Bardugo kicks up the action with dilemmas tailor-made for each of her characters."