March: Book One   is the first volume of a three book series.  The compete story is told through three volumes (plus a sequel entitled Run).

We highly encourage readers to go beyond minimum requirements and read the full series. All three volumes are available at no cost (see Important Note #2)

See the links below for information about getting a public library card and the hoopla app. 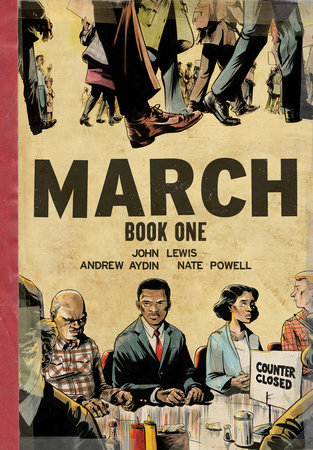 "Presents in graphic novel format the life of Georgia congressman John Lewis, focusing on his youth in rural Alabama, his meeting with Martin Luther King Jr., and the birth of the Nashville Student Movement.." -- NoveList